Well, things are still crazy on the new team. being gone for a week didn't help. Surprised? No, me neither.
I'm not sure what I need to do for my next steps in order to corral the flow of work... tidal wave is likely a more apt description. The team isn't looking far enough into the future nor are they able to do so, let along work in areas not directly related to the workload. I would truly prefer they had the time to learn other applications and work outside of the team and division. These are one of the nicer traits of my current job of which everyone should be able to take advantage

And randomly, I met another Madison Flickr guy - GrizzledAdam - who knew me from there. He shoots with a rangefinder too - a FED 2, which was the precursor to and eventual brother camera of my Zorkii. We chatted for a good while when I dropped off my film yesterday. It was cool and he wants in on the next photo walk.

Know what's also great? Not being in Texas.
--
In my techno lust yesterday, I remember my employer's awesome computer loan program (divide cost over 2 years, auto withdrawal from paycheck). Damn it. Should I get me a new, snazzy Macbook? I have filled the old hard drive... I would LOVE the SD slot, extra memory, dual graphics card, dramatic increase in processor power..... 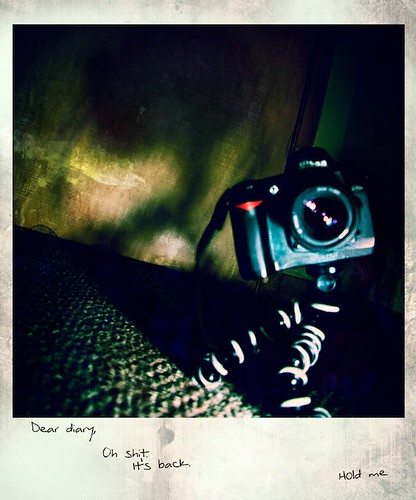 ( Collapse )
Automatically shipped by LoudTwitter because clearly I hate you all LOVE EVERY DAMN ONE OF YOU.
Collapse