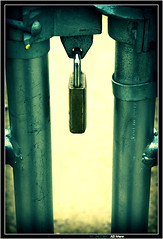 Prince Albert
Originally uploaded by ABMann.
Now is when you all should ask yourselves, "do the pictures he posts reflect something about his mood?"

No, I shan't be piercing that particular protuberance; however, I am vaguely considering a second piercing and have been somewhat crotch-focused in my internal musings as of late.

Regarding the former, maybe a cartilage's piercing in my ear, either the scapha or tragus. But it will probably take another four years and two girlfriends to gang up on me to convince me to go through with it.

I'd discuss the latter but it may devolve into hand wringing, whining or fury. Suffice that I still firmly believe being poly is ultimately useless if you haven't the confidence ask.

Winter's shell has taken me.

I am going to phlog the Zoo on Sunday.
Would you like to meet me there?