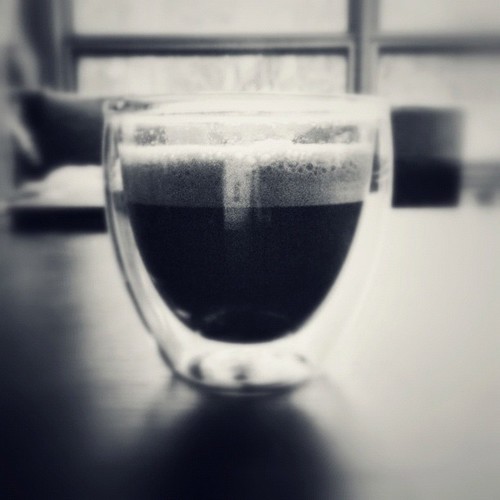 I feel like I’m missing something in my life as my Internet presence diminishes – or as I descend into curmudgeonly old-man crapulence. I used to be more engaged with online communities like LJ, Flickr and the like. Not just in the blogging about stuff but actively interacting in communities and discussions and photography challenges. But as life does its life-y thing, I spend less and less time online. Which, of course, reduces the discussion, collaboration and general mind expanding thinking in which I have previously engaged.

I’ve contemplating re-engaging in those selfsame communities or finding new ones. When I do, it seems like the rules have changed from before. Namely, there is no discourse, no enlightened criticism, no intent to help you improve. Rather, I get a Like or a +1 or, in the case we’re talking self portraiture, a “ur so hot!” Otherwise, total silence.

I suppose I blame Facebook and the ubiquity of the Like button which has turned of the internet’s collective brain. People seemingly turn to the Internet for validation and not growth in anything. I’m finding it harder to find people interested in understanding why they like something, why they want to hit that button. Too, if you start engaging people like this, they get so defensive or angry that anyone would dare to critique them their stuff is just fine thankyouverymuch.

I want a small group of interested, dedicated people one to intelligent discourse and philosophical, technical and emotional exploration of things. I’m not just talking about photography and art, but all the things I like and want to get better at in as many respects as possible- art, philosophy, politics, kink, whiskey… What have you. I don’t feel like I’m getting it online anymore or even in the discussion groups I attend- at least, people seem uninterested in talking about the ideas and ideals of these things as a way to become better at them.

I’ve been reading about the spread if ideas, the creative spark and how people grow as artistic entities in the modern world. I found this, a decidedly *un*modern concept that has an echo in today:
en.wikipedia.org/wiki/English_coffeehouses_in_the_sevente…
The Age of Enlighten was born and bred in coffee shops, houses of discourse and free association intended to disseminate news as much as bring ideas together. People used to go to coffee shop for the purpose if meeting with other minds, debating, rubbing ideas together like two sticks to e flame their creativity.

This is the sort if thing I feel I’m missing. The last few years of my personal development has been done in relative isolation. To a degree, introspection aimed at understanding personal motivation, reasoning and intuition is an infinitely useful thing, one that anyone can benefit from. But it is colored by perspective, limited by perspective. I can only fathom how the external world relates to internal concepts. It’s all hypothetical.

I’ve been trying to figure out how to create this sort of thing in my life. @Alyska and I were aiming for this sort if thing with the inaugural Madison Cigar night t that got rather quickly run off the rails by a person eager to jump right to Human Trials before testing at Scale. (note: I hear it went well, I had a migraine). The local Poly Discussion group is good insofar as thy don’t shut down some if the more philosophical chats we have but it otherwise ardently adheres to the topic at hand.

I think next step has to be more direct: get the people I want; choose a topic; set some boundaries; have at. I’m having some trouble finding people interested in more philosophic discussions on the Essence of Why You Do/Like That Thing but I think that will evolve with the right party. I suspect this will work best for some topics like kink, poly, art (in some cases) and similar nebulous concepts. I’m not sure if and how it would work for more practical topics like Shibari, photography, digital art construction and such, things with a physical bent, things that require craft.

Let alone proper venues. I suppose I could drag a Fro if rope people to Drakenbergs to talk technique. But that could get us in trouble.

Suffice: I don’t think I can get better at anything on my own nor with a crowd of folks in a room. I have to find the right audience, the right size.

Aside: most if my longer writing has been on the Where Do Ideas Come From perspective. I’m at a sort of crisis in my non-work life trying to figure out What’s Next. If you have something, I’d love to hear about it.

Will.j.r
"Secrets, silent, stony sit in the dark palaces of both our hearts: sects weary of their tyranny: tyrants willing to be dethroned."
– James Joyce, Ulysses