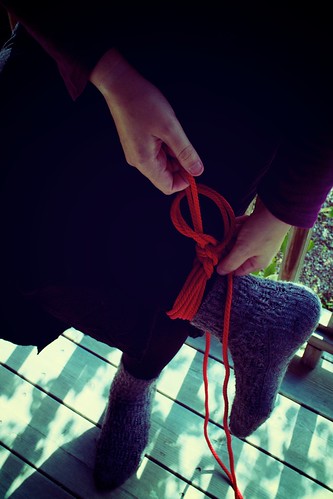 The following is from Twyla Tharp’s The Creative Habit. It is, essentially, an inventory if your creativity – memories, process, tools, etc – intended to illuminate more of your creativity. There are 30 some questions so I’m not doing all of them right away.

1. What is the first creative moment you remember?

I am walking around my neighborhood with a little Pentax camera when, behind my high school, I find a hole in a rock wall. Through it, I see a white parasitic cup overturned and dented in the grass. I knelt to get the shot and tore my khakis. I don’t remember wearing khakis after that.

2. Was anyone there to witness or appreciate it?

Nope. I suppose I always photo walked by myself, mostly, not that I had a ton of friends in high school – let alone any into photography.

3. What is the best idea you’ve ever had?

Writing a full book of poetry on top of 5 full writing courses will living in a dorm room smaller than my library with my girlfriend. It was so hard to finish but, that I could be so disciplined to do it on top of all the other writing that semester, still impresses me. I averaged 5 pages of writing a day for the entire semester.

4. What made it great in your mind?

5. What is the dumbest idea?

See three. So. Much. Writing.

7. Can you connect the dots that led you to this idea?

I think I wanted to believe that I could make creativity a process and even when all I do is write I can produce something worthwhile between the drudgery. It is similar to why I did the same thing the summer of 2005 during my lunch breaks, also I heart Frank O’Hara.

8. What is your creative ambition?

9. What are the obstacles to this ambition?

My laziness and indifference. I just don’t put in the effort needed. I’ve tried a few things to reduce the friction to creativity – eyeful card, smaller camera… Well, maybe not that much. The current mental block is that the stuff I like photographing the most is harder to organize and do well- Shibari ties and I feel like I need a portrait studio. The former, it is hard to find models (I haven’t asked) and i’m not good enough to want to tie people I’m not involved with. And to produce the quality of photos that get you noticed needs some decent studio lights.

10. What are the vital steps to achieving this ambition?

Practice the ties. Get over the studio need? It is a nice to have feature, not a required function. Game the damn camera OUT if the bag and not care if people at work think I’m funny. Honestly, this transfer will be useful to reset that sort of expectation.

Too much alarm snooze. Roll out if bed, shower, uniform, straight to work. Start in on development triage, get coffee with Rich, finish triage. Email, catch up stuff.

12. What are your habits? What patterns do you repeat?

I can’t think if anything else besides the above.

The trash the dress photo set was my first truly creative act. Firstly, someone tout of me for the project and second because it came out exactly as I wanted when I planned it out.

Second, in the sense of less fulfilling, are a lot of the street shots. I can point to many of them and say they are fantastic moments but they don’t feel as fantastic as the well organized, prepared and executed shoot.

Being able to execute as envisioned is big for me. I shoot street because, in many senses, it is easier. You need little equipment beyond a camera. You don’t have to thorough plan. You don’t have to talk to people. But developing an idea takes work; it takes skill.

It is even tougher with Shibari because I’m still learning. I haven’t reached a point where, even with the basic ties, I can make them look how I think of them. Sre, I can improvise, but I can’t execute an idea quite right yet and that’s a bug deal for me. It’s what I see as separating novices from artists. Artists can actualize, turn real something ephemeral.