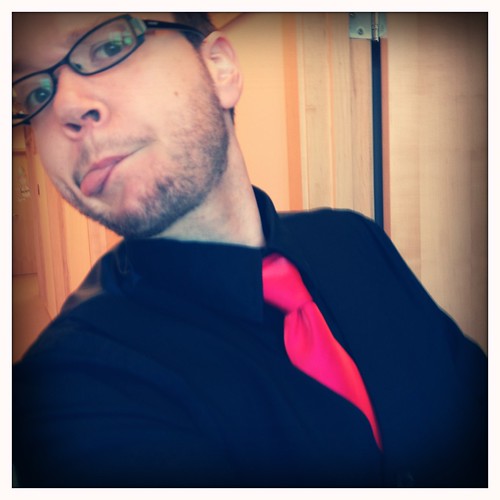 In June of this year, I gave up wheat.

It was a rough breakup. We talked occasionally over pizza but we pretty much said our good byes. This was the next step in a long road giving up processed food, foods that my body digests essentially like sugar irrespective of content. This includes, but is not limited to, potatoes, wheat, beer, dried fruit and numerous similar foods that Americans would die to defend.

The change in my mood and energy levels has been inconceivable. I was, mostly, not moody or disthymic, and tended to be positive and much more resilient to life than I'd every really been before.

Come Julyish, I leave on a work trip where I forgot to pack enough allergy meds for the full week I'd be out. Now, I've been reading about the Paleo diet since last year because of the seemingly inevitable progression from barefoot running to eating like this. I'd read that many people with animal allergies and asthma are actually having a reaction to constant dairy exposure and that eating a stricter Paleo diet - one without milk or cheese - clears these issues up.

I figured what the hell? I'll be working 12-14 hour night shifts in an ED - in Fresno which is apparently the Blood-Gushing-From-Your-Head Capital of the USA- and likely wouldn't notice the decongestant withdrawal. So- I quit cold turkey.

When I got home I had no issues. I mean, normally walking into my house after a few days off meds meant an explosion of tears and snot. But.... Nothing. I found a cat and rubbed my face in her belly.

Ho. Lee. Shit.
I did a little experimenting over the next week, various cheeses and liquid dairy and, sure enough, a few hours after I ate cheese or drank milk, I'd start sniffing and sneezing - which, mind you, is really weird after a life time of not noticing this.

So, no more. Mostly.

I introduced some things back like dark chocolate and the occasional sweet treat, and I think these sort of become my gateway drug. I started slipping but had far more good days than bad.

Then Thanksgiving and I ATE ALL THE STUFFINGS.

No regrets. The pie was fucking awesome.

But now I'm doing a 30 day strict Paleo diet to detox and kick the sugar again.
This means no dairy, no sugar (including most fruit), no alcohol, no grain. Sugar will be the harder because of the weird-ass names this stuff has but I'm not terribly worried.

I will note a few exceptions:
Diet Coke
Espresso
Butter

I'm also getting back on the exercise horse. The fun thing with eating like this is I gain muscle faster than light... gains muscle... Yeah. So, hopefully that will help with some weight loss which, I've been kind if Meh? on for a while. I've bee holding stead around 194 but I'm clearly still carrying excess fat. I suspect because of decades of obesity, it'll be hard to lose all of it. But, again, I'm still the thinnest and healthiest I have ever been so I'm not exactly concerned.

Felt great after today's workout for sure.

Also: I want to reinvigorate my photography. It's fallen aside as work gets busier ( I'm now a group lead) and I try to exercise more. Thoughts on how to do more camera awesome?

Also also: debating utility if cross posting to this via Wordpress at blog.abmann.net. Thoughts?

Posted via LiveJournal app for iPad.