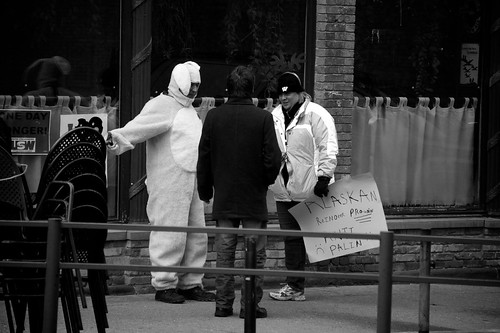 I went to the Palin rally but didn’t last for the whole thing. The shitty weather, the politics and the rhetoric (from both sides) got to me. Also, an enormous woman kept bending over in front of me, grinding her butt into my crotch after she pushed between me and another guy. I don’t even like that when people I know do that.

I snapped few winners though. Like the guy in the bunny suit? Furries for Palin? 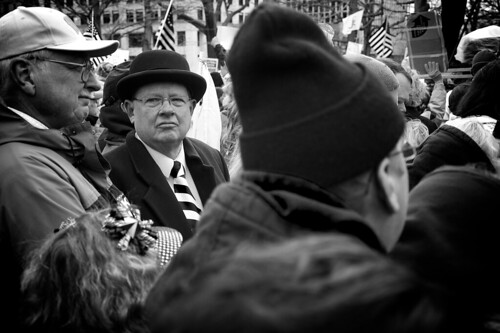 (Though I disagree with him, this guy was pretty cool)

Some med students were handing out excuses….