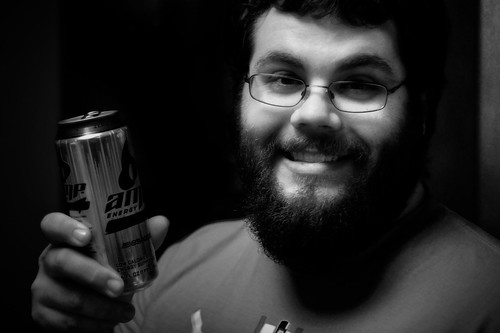 Nic is a relatively new friend who I met right before he moved to Madison on Twitter. He works a few buildings down from me and I, even, have lunch with him occasionally.

I’ve heard people saying that Facebook is for people you no longer want as friends and Twitter is for people who should be your friends.

Lots of steps on this one, many likely unnecessary. Photomatix HDR derived from one exposure edited in Aperture. Over to CS4 for monochrome conversion and glow effect. Back to Aperture to clean the highlights and vignette.

Probably could have skipped Photomatix. I think the subsequent edits removed the extra detail.