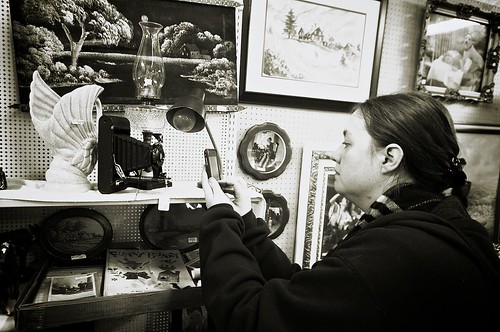 The Bellows, originally uploaded by ABMann.

Did I mention that we found a metric crap ton of cameras at the antiques mall?

Well. We found a metric crap ton of cameras. Mostly Kodak models – 4 or so Brownie Hawkeyes, another 6 Brownies, a handful of later 35mm Kodak models – like this impressively clean and well-kept number.

Alyska collects them and, while she does the inspection, I take pictures.

I love this sort of photography. And I’m jonesing for some straight street now that we’re getting to the dwindling part of winter.

Did I also mention that I entered a contest to win an M9? It is my ultimate camera and I’ll never afford one without some sort of insane tax magic, massive inheritance, bank robbery or space invaders. 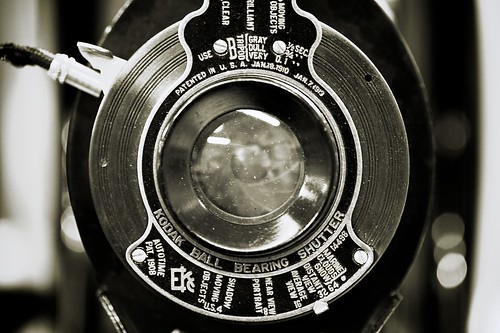 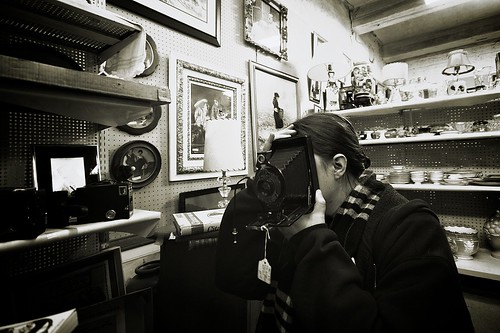