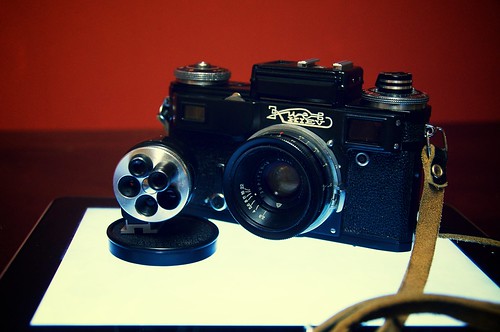 Russian Spy! I captured it whilst it lurked on my stoop.

The Contax was larger, heavier and more expensive than the Leica, but great resolving power and high contrast of the 5cm Tessar, later 5cm Sonnar and majority of the different focal length objectives produced for the system in the 1930s and 40s found favour with many professionals. The camera was manufactured in Dresden with lenses produced at Jena.

At the end of WWII, the Soviet Red Army liberated the Dresden factory and trucked – under the war reparations scheme – the dies and machinery used to make the Zeiss camera to the Kiyev Zavod Arsenal in the Ukraine. By 1947, a modified Contax II camera was in production with a new name; Kiev-2.

This is the Kiev 4M.

I am quite pleased with the overall quality of this camera, purchased on eBay while sick and in a slightly drunk euphoria. It is solid, heavy and not remotely worn. The shutter sounds great though slow on faster than 1/125. I don’t think it’ll be too bad but we’ll see what bright-light photos look like.

Also, the lens is a touch loose in the mount such that when focusing to .9m, the whole lens turns off center. Not so good but functional or easily replaced with a better-quality lens – perhaps a Zeiss Contax 35mm one. The 50mm included in the kit is incredibly solid and well fitting, which is nice.

Good deal for what I paid. 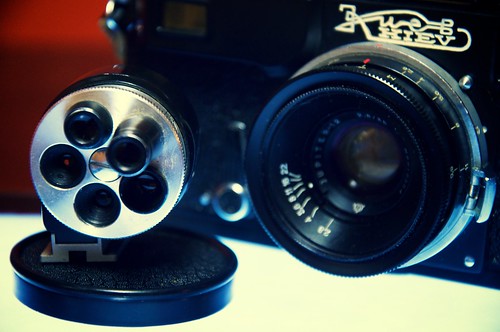 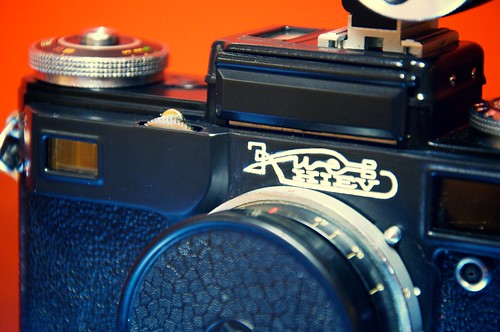 Yes. I loaded film in it already.