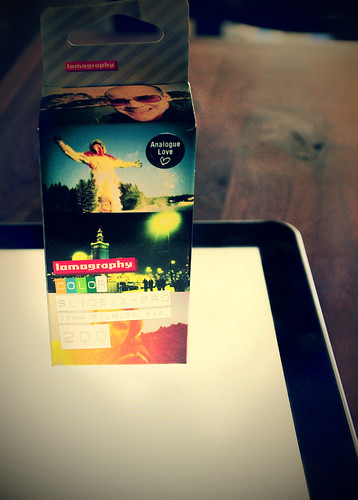 I’m trying something different for this year. Well, different in the "practical" sense. Rather than start another 365 project, I’m doing a one-focal length project; this is a variation on a project introduced by TOP where he spent a year with a single camera learning the fundamentals of photography. Essentially, whenever I’m shooting, I’ll only shoot at 35mm for every photo.

Since I like to jump between film, digital and the like, I’m going to restrict myself to 35mm shots only. One: because it is nice and wide. Two: it is the traditional "reportage" focal length. Three: all of the cameras I own can accomplish this length.

That last part is key as it means I can take any camera I want.

As an adjunct, I’ll be trying to shoot at minimum, one roll of film a month. This is more for fun and the challenge of shooting manually than anything but, also, my film cameras are so much smaller than my Nikon, which has been hurting my back lately. So, tertiary goal = less back pain.

Side goals for the year include keeping a food and exercise diary. I’m going to build this into abmann.net tonight so I can automate most of the tracking.

The first will likely be project.abmann.net and the second fatty.abmann.net. These will not be cross-posting to LJ unless something eat there applies to my photography/life blog stuffs but you can grab the feeds from the respective sites when they’re up.

Lastly, new Russian camera tomorrow! I bought a Kiev because I swapped the FED cameras for them. I collect the FED/Zorki line which a Leica copies. The Kiev is a Contax copy but, when I bought it, I thought the FED was the Contax and vice-versa. Oops? Guess I have to collect the Contax copies too now.

I need to build a spreadsheet of the cameras I collect to avoid this sort of screw-up in the future.