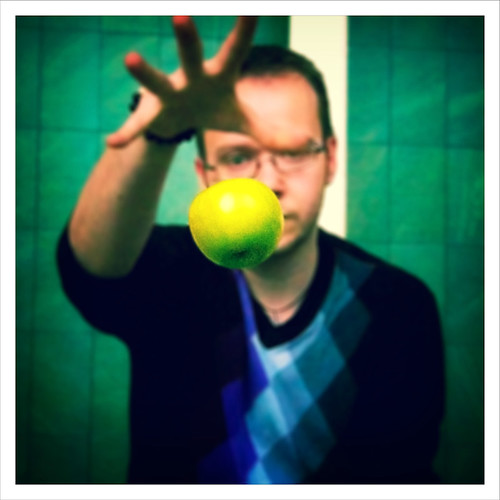 I felt weird, acting like my life was normal yesterday and today. I kept up with the project, bantered with my niece, had tapas with friends.

I broke away from my family around the third hour of surgery to find some quiet. The sun was shining hot on the skylight in the Evanston atrium and the water feature was rapping into my head.

Even that seems inconsiderate.

I walked outside and up and down the parking garage to breathe. I was worried but not scared of the possibility that my father wouldn't survive. Part of my personality is devoted to worrying about the outliers, the coulda-beens in any day so I'm vaguely mentally prepared for my father's death. Yes, that was on the back burner but it didn't really see that much fuel.

So I wandered and considered. I had asked my Dad if he'd written his will and signed any documents for power of attorney. He hadn't and I admit to being a little annoyed. (This will be a project I get to bug him about for the next few weeks. I mean, I even have these things sorted in my various insurance statements and I"m 27.) However, as I'm the only blood relative in the state, that all falls to me. As for the rest, I don't really care. No one is going to fight for any of his Stuff.

Regardless. He is doing so well that the doctors are surprised. He'll probably be discharged on Saturday. He's already out of the ICU a day earlier than "scheduled."

Because my father is a fucking medical tank.

I took another shot that I'm not considering "official" for the 365, though I prefer the mood there for this post. But, really, even with the grain from using ISO 6400, it's a really neat shot.